There must have been something in the family genes that led Piero Barbone and his siblings to follow in their father’s footsteps, a life in the world of creativity.

At a very ripe age of 14 years, Piero joined his brother Vito to work at his framing shop in Southern Italy. This is where his passion for the arts emerged. Piero spent three years working with his brother and as each day passed he realised he had found his calling.

Their father Luca Barbone lived and breathed art. He was a painter and a great artist, he ran a successful gallery and framing shop in Italy where he created and sold his beautiful paintings. After many years in the business he wanted to move on to other things. Piero and his sister Emilia decided to step in and run the gallery together.

Piero has always been intrigued by the world of digital photography and how a single image could be manipulated with the use of filters wowed him.

Piero now owns and runs his own gallery

and framing shop in Melbourne, Williamstown

Picture Framing. Set within a charming and

picturesque community a visit to the gallery

will certainly demonstrate the experience

and creativity Piero and his family possess. 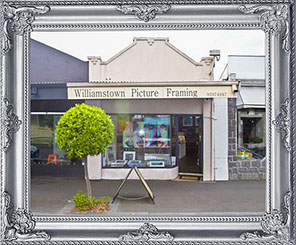 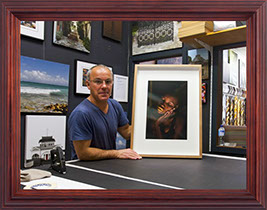